Looking at the foreigners´ amazed faces, overjoyed with the beauty of Caño Island. It was a feeling of pride as great as when Bryan Ruiz scored against Italy in the World Cup in Brazil

I once heard a comment from a friend that seemed a bit overstated. He told me that when he visited Caño Island for the first time, the only thing he thought about was a scene from the movie Jurassic Park. That scene which the helicopter flies over the coast and you can see the intense green, the sea and an environment as wild as it is mystical.

I mean, we all have a friend who always overstates things; the one who gets hit during the ‘mejenga’ (soccer game) and spins around three times in the air or, in my case, the one who only needs to say that he saw a T-Rex in Costa Rica.

I must say that on my first trip to Caño Island I did not see any T-Rex, but I did notice a shark passing under my feet as it moved stealthily.

I did not fly in a helicopter over the mountains either, but it was enough to get close to it by boat to feel that different sensation from the one my friend was talking about and which, this time (miraculously), he did not exaggerate.

Curiously, the film’s director, Steven Spielberg, included Costa Rica in his script. The characters mentioned our country as if Jurassic Park had really been filmed here, although in reality the scenes are in Hawaii.

Perhaps Spielberg didn’t know about this destination, let alone the adventure that surrounds the traveler during the journey and that we are going to tell you about step by step during this blog (Watch out, spoilers are coming).

We went to visit Caño Island in a trip that triggers all the senses and allows us to feel the adrenaline of diving under the sea to explore a different and unique ecosystem.

It was a journey in which the experiences multiplied from the first minute. When we went to Costa Rica Dive and Surf in Uvita, dive center and tour operator that would take us to the island.

At first, they told us everything we would experience on this one-day ride. First we would walk to the beach of Ballena Marine National Park, the departure point of the boat.

Before that, our experience started very early, when we were getting ready to leave from the Uvita Paradise Hotel and it started raining.

We were told at the academy that they would wait an hour to see if the weather conditions improved. Luckily, in a few minutes the dark clouds began to retreat and everything continued (uff that was close!).

We had a chance to go to a drugstore and buy a pill for seasickness (just in case).

Then, at the academy, we had a cookie and a juice for breakfast. Just enough to start the tour satisfied but light.

After getting on the boat and putting on our life jackets, we had a two-hour and 30-minute trip with a captain, different professional divers and guides who would explain, little by little, everything we would find on the tour.

In the boat were also a couple of people from the US and a family of French, all with the desire to discover that magical place.

When I got on the boat the first thing I thought about was the logistics of the trip. I’m a little bit clueless, so it was a relief to be able to forget about everything. But I got to say that it’s incredible to look at the details of this trip. From the sanitary protocol, to the arrangement of the oxygen tanks for diving and the suits for each diver (each one with its own name).

John, the photographer who joined us on the trip, started the ride with the camera in his hand. Then he realized that it was better to keep it covered, because the sea water starts splashing and it is better to enjoy the ride until it is time to start flashing.

Among all the guides who made the trip, we were joined by Adriana, a nice diver who explained to us what we could look at underwater. Both Carlos, my fellow GOPlaya diver, and John himself had a dream of seeing a shark. Although I must say that just being able to observe the island up close already caused me a lot of curiosity.

Adriana took out a small pamphlet and showed us the species we could observe when we arrived at the island; a turtle, an octopus, shoals and, why not, the white tip shark.

The journey began to be very exciting. It turns out that Caño Island is a biological reserve located 10 miles from the Osa Peninsula. It is 320 hectares of land and in its seas you can find some of the most extensive and best conditioned coral reefs in the country.

The guide told us that, in the past, this island was an indigenous cemetery dating from the pre-Columbian era and that some stone spheres have even been found.

Suddenly, I begin to notice that the captain slows down and warns, ‘look to the left’.

A whale and its calf can be seen, to the admiration of all present. The whale season had just begun in Uvita, so the tour was a 2 x 1, as we saw whales and also dived.

Looking at the faces of the foreigners during the tour only confirms what I have always believed about Costa Rica: We are blessed, we live in an absolutely incredible paradise.

When I was watching that group of tourists from multiple places amazed with our country I had a feeling of pride as great as when Bryan Ruiz scored against Italy in the World Cup in Brazil, but that is another matter…

We are closer to our destination now and the environment makes it easy to chat. Adriana tells us that the only place that surpasses Caño Island in Costa Rica is Coco Island. She was there just like John, so they shared some stories in their trip.

Both agree that the place is impressive and even more so in the depths of the sea.

One thing to keep in mind when diving is that breathing is key. The better people breathe and the less they shake, the more they can save oxygen in tank and continue underwater. You don’t have to be like ‘Michael Phelps’, but it is important to have good technique when moving your feet.

It was important to get these tips because we were already very close to our destination. The island is starting to be seen in the distance, the adrenaline is rising and the heart is beating. I have never jumped from a parachute, but it must be a similar feeling; it is about jumping into the sea and capturing with the retina everything that the marine world hides.

Before, Adriana goes over some general concepts, the guides help us put on our suits and we take a look at the island from the boat itself.

The green is intense and the place is impressive. Birds swing from the tips of the trees, another of the attractions of this site, where species such as the black hawk arrive.

Now it is time to live the climax of the experience, let’s go to the sea!

Adriana joins us and asks the three of us to hold a rope that will allow us to go down to the bottom of the sea, almost 18 meters from the surface.

From there, we will begin to follow the professional diver on a magical route, with the crystalline sea, the corals and in search of the species that hide among the stones.

It’s incredible what it feels like down there, with the ‘sound of silence’ and the expectation that, at any moment, a group of fish can surprise us.

Suddenly, a colorful shoal passes me by. You try to touch the fish (as if you could really make it), it’s a reaction movement.

Carlos could see a ray and three sharks, in my case, I observed two sharks.

However, it was the second one, which passed under my feet (almost a meter away), silent and calm. That surprised me the most. The sensation is incredible.

Being there is an experience that every person should have at least once in their life.

We left the sea and then began the journey back to Uvita. It is important to say that after diving you end up exhausted.

In the boat they had prepared a gallo pinto burrito for us, which tasted really good; after finishing it, it was time to go back to land.

It was an intense and beautiful trip. One of those that are saved for life. When I arrived at Uvita Paradise Hotel I could only lie in bed, I was exhausted. 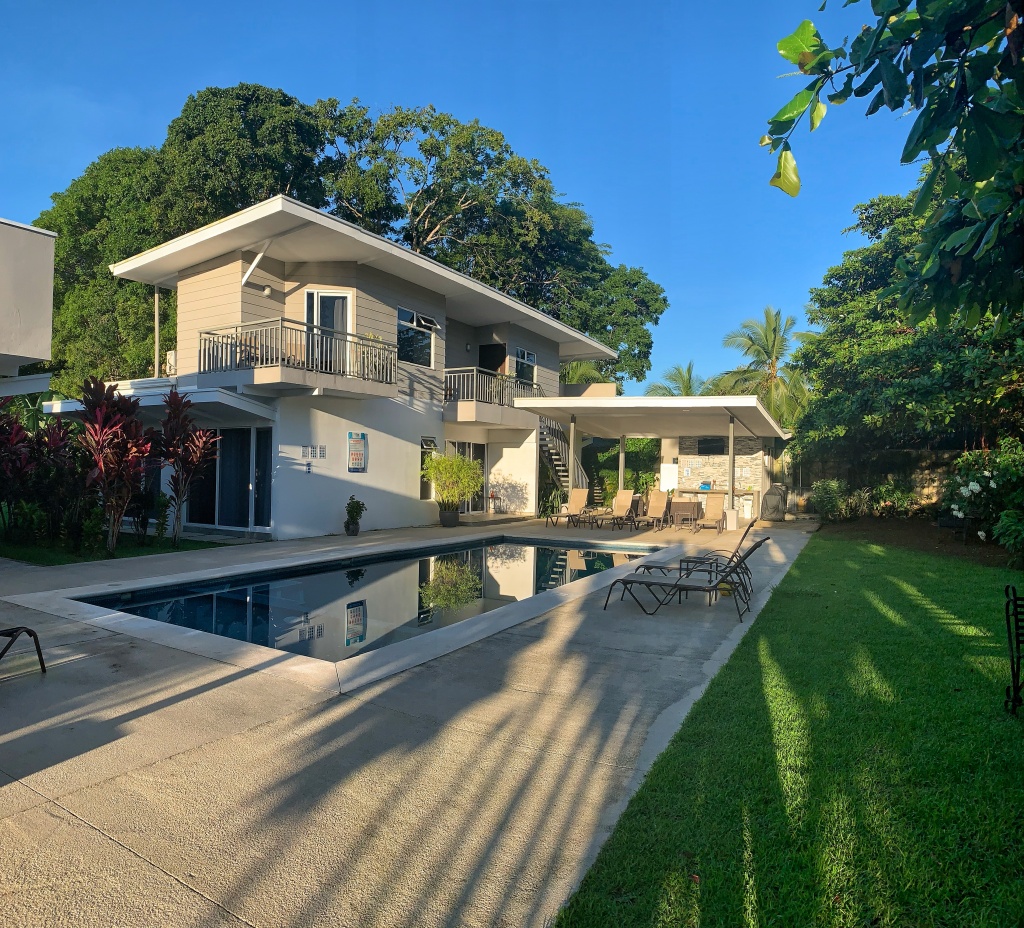 During the trip, we stayed at the Uvita Paradise hotel. Photography: John Durán

Tips for your trip: