Have you ever felt the sea pulling you away from the shore?

The goal is that after you read this article, you can travel to the beach and determine in which areas there are dangerous currents.

Have you ever felt the sea pulling you away from the shore? Don’t be overconfident, currents are dangerous and could cause you and your family a bad time. At GOPlaya we want you to enjoy your holidays, so we are looking for a specialist to explain with images how you can identify if there are currents at any beach.

The goal is that after you read this article, you can travel to the beach and determine in which areas there are dangerous currents. Alejandro Gutiérrez, an oceanographer from the National University (UNA), explained to us in the simplest, step-by-step way what you need to know to identify an undertow current.

Just to start with the basics. A good example to define what a currents are; they are like rivers that have a direction towards the sea. That is to say, you will begin to feel that the current moves you inward at speeds that you cannot fight by swimming (that is why they are so dangerous).

It can also happen that the currents catch you, taking you from one side to the other in the sea. In other words, not only they can carry it out to sea, but they also happen to pull it in parallel. So don’t trust yourself.

Now, good news is that you can identify them if you pay attention to some very basic details that we are going to list here:

1. White stripes. You may never notice it, but you will from now on. You may notice on surfing beaches that thin white foam stripes.

Don’t get confused, because these stripes have a direction to the sea. That is to say, they can be seen from the beach without problem. In the photograph you can see them clearly. 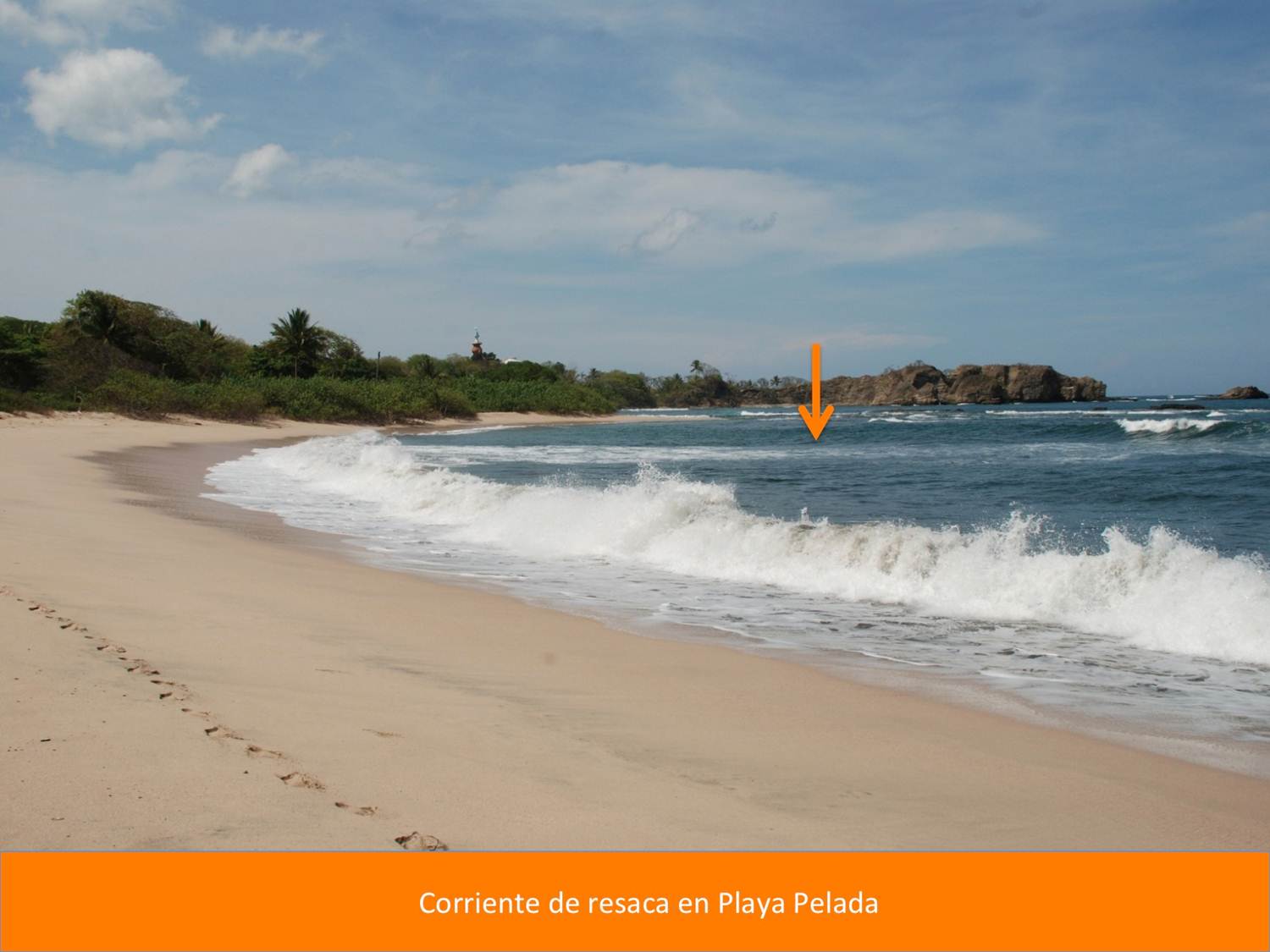 2. ‘Tide-pools’. There are beaches with waves that show small “tide-pools” that invite you to swim, because it is precisely there that the waves do not break. So it would be normal to think that it is a perfect place to spend long time. After reading this I ask you: please do not bathe in these “tide-pools”.

Yes, it’s normal to wonder, why can’t I bathe there? The reason is very simple, in these “tide-pools” is where dangerous currents start. 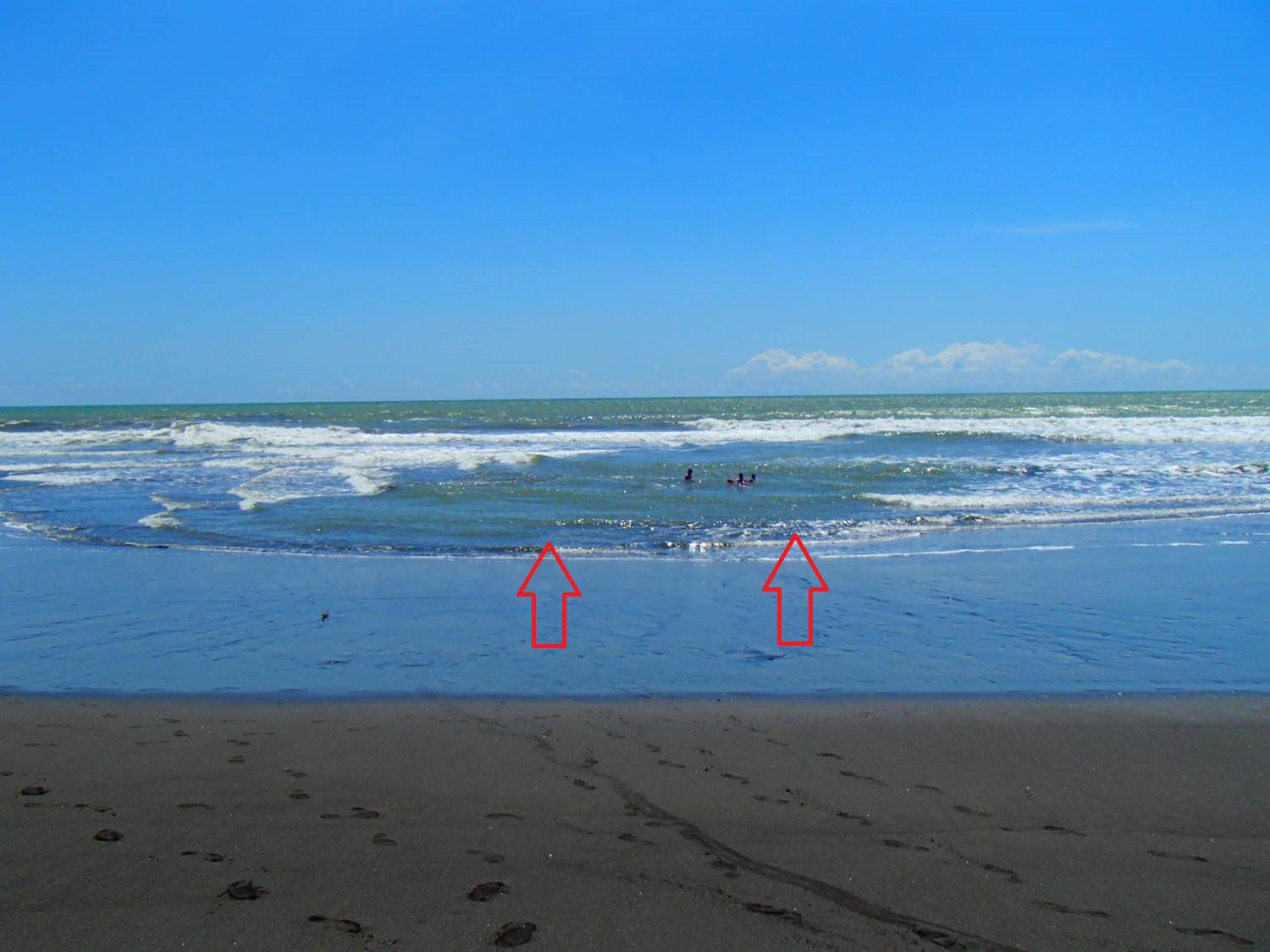 Now, the million-dollar question: where should I bathe? Don Alejandro explains to us that the best place is precisely where the waves break, that is to say, where the foam is seen after the wave has broken. 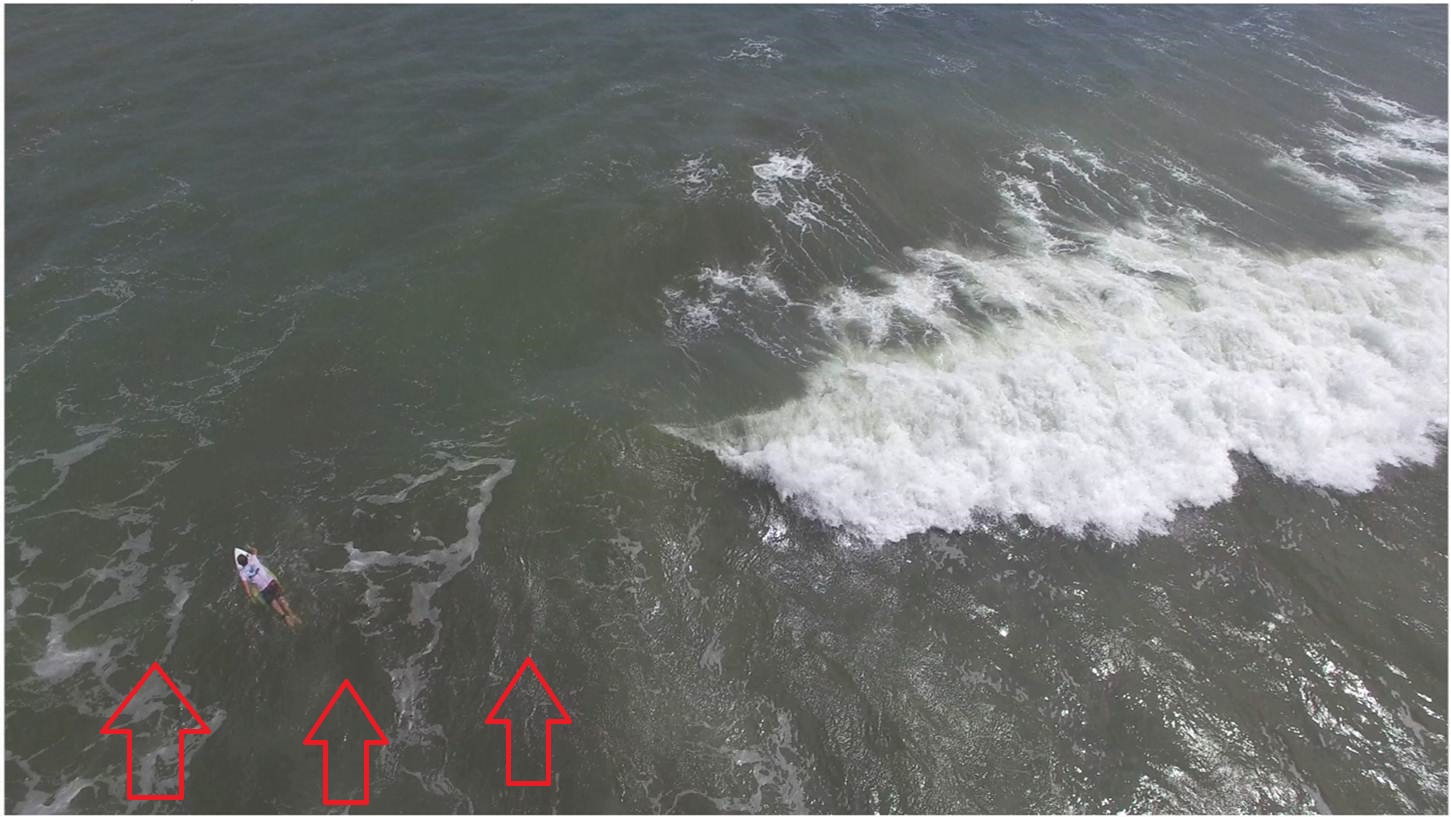 3. Brown strip. Let’s continue with the thin stripes, but this time they have a brown tone. It turns out that rivers and water inlets carry sediment that usually reaches the sea. These sediments are dragged by the currents out to form these strips.

What does this have to do with anything? Well, it turns out that the brown strip formed by the sediments is like taking a pencil and pointing out where in the sea there are currents. In other words, it is a natural trace that will allow you to identify and avoid them. 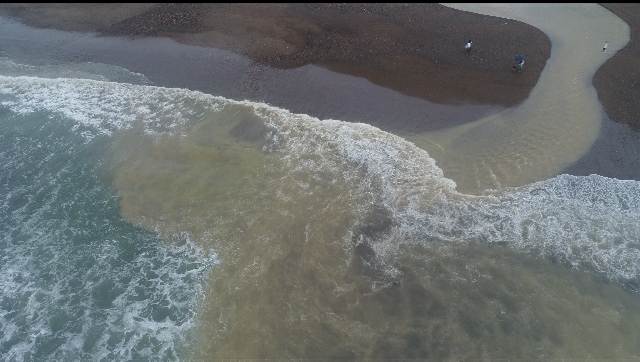 4. Surfing. You have probably heard that in Hermosa beach in Jacó there is very good surfing. Yes, and also strong currents. This is not a coincidence. It is very likely that if a beach is very popular among surfers, there are also undertow currents.

Surfers choose very exposed spots with strong waves. This is a necessary condition for currents. Take it into account.

5. Turtles. Turtles are not only exceptional, but also very astute. Turtles find it useful to lay their eggs on beaches where there are undertow currents, as it allows them to reach the sea much faster and thus avoid being returned by the waves or devoured by a predator.

So on beaches where turtles nest, there are probably currents.