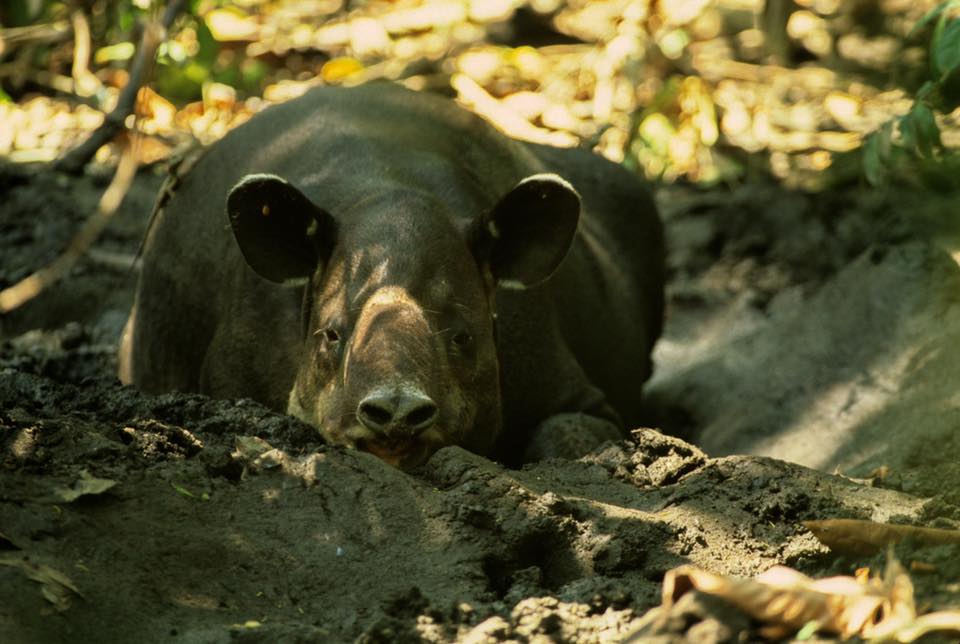 Where can I see a tapir walking on the beach?

The tapir is the largest terrestrial mammal that lives in Costa Rica. In places like Tenorio Volcano, Barva Volcano and much of the northern area is normal to see them pass through the dense forest. However, there is a beach where you can watch them resting and walking through the dark sand while the visitor admires their passage.

It is on the beaches of the Corcovado National Park where there is more possibility to appreciate a tapir. Although the exact amount of animals in this destination in the Osa Peninsula can’t be guaranteed, park rangers and site officials have monitored them in order to ensure their welfare.

“We currently have a biological monitoring and precisely for the sighting of tapirs, either by tracks or trap cameras, we can say that it is one of the most common animals. Then they have a fairly high density. It can be determined that they are a population where the animals look quite healthy, “said Guido Saborío, Manager of Protected Areas of the Conservation Area of Osa.

The habitat and availability of natural food, provides the necessary conditions for its reproduction and thus stay in the area. Their diet is based on fruits, leaves or seeds, which allows them to weigh between 180 and 300 kilograms, it is possible to find them in family groups and they are active during the day.

“They are animals that through time have become accustomed a little to the human presence and that is what people see them. The sightings are very close, even at the same time as the station, along the beach (…) they do not detect the human being as a risk and that is why they do not flee#, explained Saborío.

Saborío assures that responsible tourism has allowed animals to transit the beach at any time of year, since they do not perceive situations in the environment that threaten their safety and can enjoy it without any problem.

Part of the recommendations that park rangers give to visitors is not getting too close to a tapir, not bothering or feeding it. In this way the interaction between the visitor and the wildlife in their paradise is minimized. Because of this, it is easy to observe them walking alone or in groups, since they are allowed to have room for their natural behavior and do not see man as a threat from which they must flee.

“In general, as with all animals, it is wildlife and (man) is in their habitat and what is recommended is that they enjoy the sighting but that they do not overdo it … the idea is that the presence of humans does not cause them a problem and they can continue with what they are doing, whether resting or eating. The balance is quite delicate, I think maybe what has favored Corcovado for now is that people have respected”, said the Manager.

Corcovado is one of the last tropical rainforest parks, it has more than 40 years and, although private farms were found inside the park, the land has been recovered facilitating the permanent stay of the tapir on the site.

Know the reserve with a beach of 6 kms, lazy and leatherback

Minas, the beach with influence in the Second World War

Five incredible beaches in Costa Rica to enjoy with family